Can I carry children?

Yes. Children must be carried in kids’ chairs. CityBee cars have kids’ chairs (you can see whether there is a chair in a selected car by clicking on the car icon on the map or using a filter and selecting the criteria “Cars with kids’ chairs”). Chairs are for older children, i.e. this is a raised seat without a backrest.

Road traffic rules warn that children under the age of 12 and not higher than 150 cm are allowed to sit in the front seat only in special seats adapted to their weight and height.

How do I change my email address?

You can change your email address in the mobile app.

You will receive an email at the new address with a confirmation link. You will need to click it to confirm the new email address.

What should I do if I paid for the fuel myself?

If You refueled at another gas station and paid for it, we will reimburse your expenses.

There are two possible reimbursement methods:

1. We can add the amount spent on fuel to Your CityBee account. In such a case, the money would be used to pay for Your trips, and when the money runs out, the process will continue as usual – reservations will be charged to Your bank account.

In order to get a reimbursement in Latvia and Estonia, You need to:

In order to get a reimbursement to your CityBee account in Lithuania, If You are a natural person or a company, You need to send the information below to us via email info@citybee.lt:

In order to get a reimbursement to your bank account in Lithuania, If You are a natural person or a company, You need to contact us via email info@citybee.lt. Our team will provide You with a refund request sheet, that You will need to fill out and send back to us.

Do you need to pay for the fuel?

When using CityBee, you do not need to pay for the fuel – you will pay only for the time used and for kilometers driven.

When the fuel drops to 1/4 volume of the tank capacity, go to any Circle-K gas station in Lithuania and fuel the bee. Fill a full fuel tank and pay with the gas stations’ card which you will find in the CityBee car at the sun visor on the top of the driver’s side. 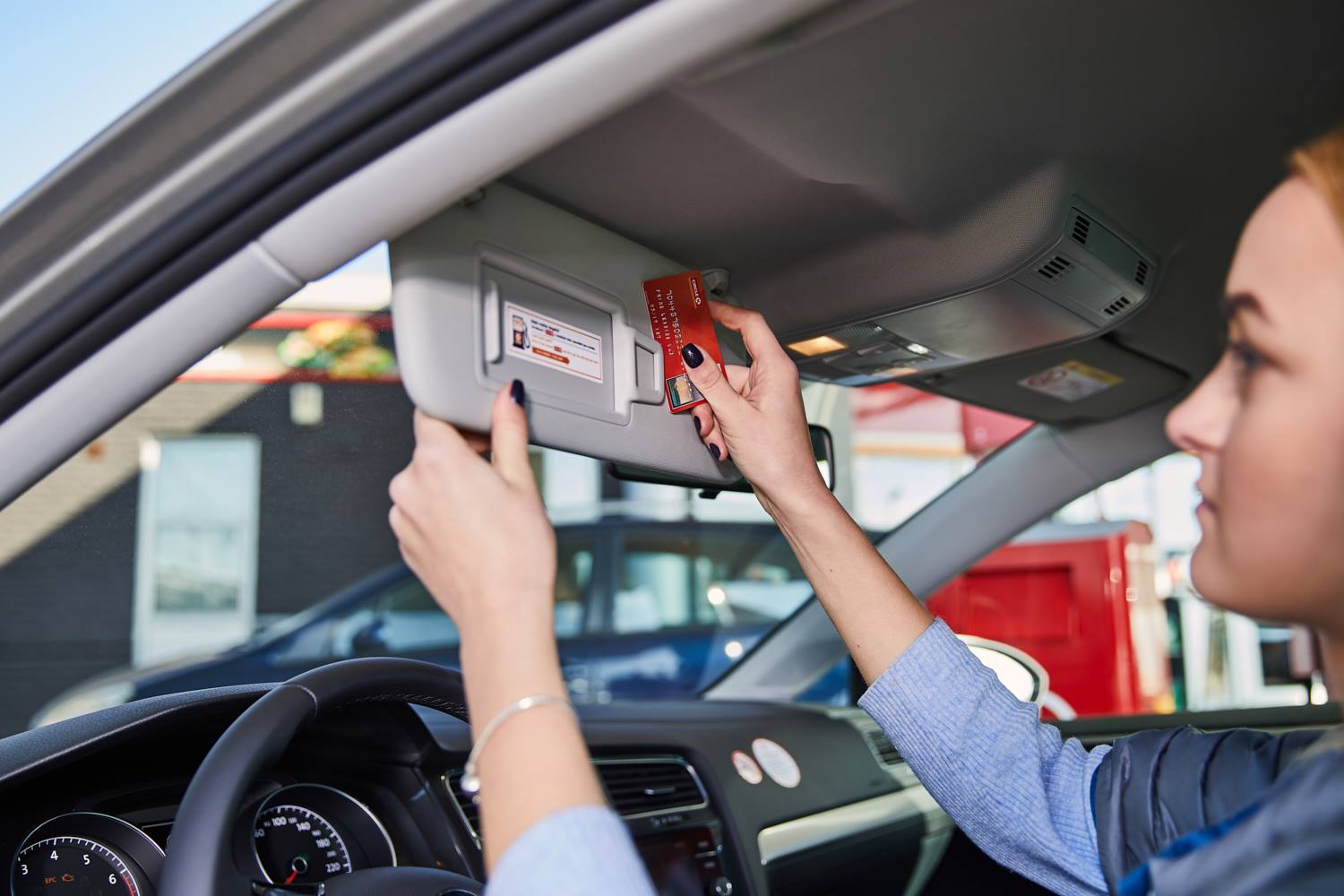 You will find the payment card PIN code in the CityBee app after opening your active reservation. You will find stickers indicating the type of fuel for a car on the sun visor and the fuel tank cover (both inside and outside). 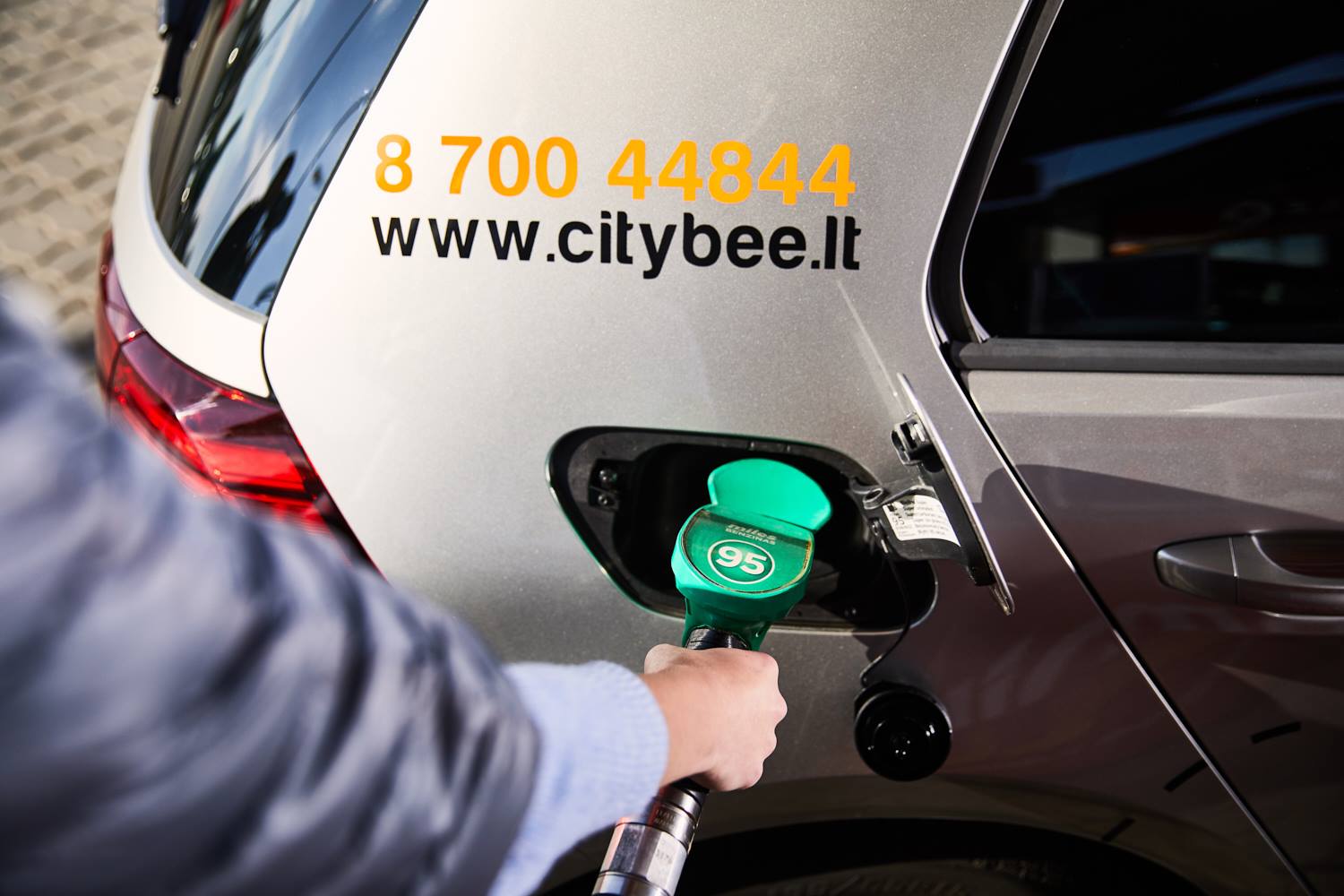 What is a CityBee parking zone?

The areas highlighted on the map of the CityBee application are parking areas where cars can be picked up and must be parked at the end of the trip (only, of course, without violating traffic rules: without parking the car in places marked “Reserved” or “No parking”. Also, please do not leave CityBee cars in underground, multi-store parking lots, private driveways, or on the lawn.

You can always leave your Bee here if you follow the traffic rules, and do not park in disabled and reserved areas.

Leaving your Bee here incurs a fee to be added to the trip. Please note that the fee differs for each area. Click on the desired area to see the fee amount.

It is not permitted to leave your Bee here. Ending the trip in the prohibited areas might result in a fine. Areas not separated by color are also not CityBee areas and Bees cannot be left in them. Bees must return to the beehive.

With CityBee cars you can also travel between cities and towns (including vans but in some cases van drivers have to buy their own vignettes and pay for the roads themselves*).

If the car is parked in a private paid parking lot (with the exceptions mentioned above), the driver pays the parking fee independently.

You can travel between Baltic countries: Lithuania, Latvia and Estonia, but for leaving car in other country you will be charged 59 euros.

* You can find all toll roads in Lithuania here. and purchase the vignette here.

In Latvia vignettes are included in the price and drivers don’t have to buy it.

In Estonia You have to buy a vignette if the vehicle weighs more than 3500kg.

You can purchase the vignette here.

How long does it take to register?

Registration at CityBee is quick and easy. You don’t need to come anywhere – register with the mobile CityBee app and start using it! Registration will take just a few minutes.

What weight can a bicycle or its bag hold (In Lithuania only)?

5 tips for drivers: how to save money when prices are rising 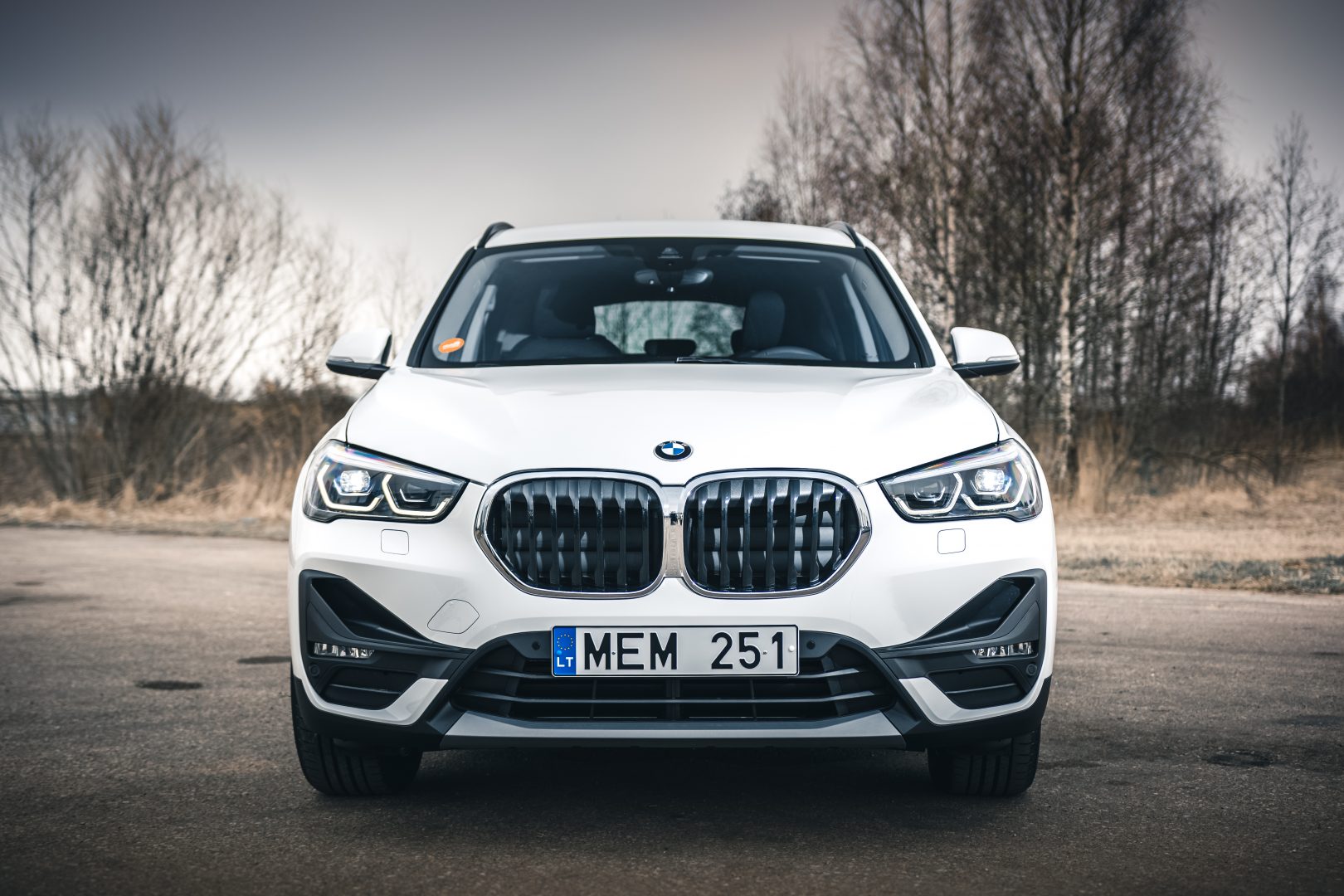 According to the Department of Statistics, in March, inflation caused by rising raw material prices and additionally fueled by the war in Ukraine rose to a record 15.6 percent in Lithuania and is the largest since 1994. It affects today’s car market in two ways: vehicle prices and maintenance rises as well as fuel gets more expensive. Experts at CityBee, a short-term car rental platform, advise how drivers can save during inflation.

“In many cases today, a car can be considered a luxury item. Although Lithuanians buy inexpensive, often used cars, their maintenance (repair, fuel, insurance) requires much more money. According to Eurostat data from 2020, as much as 10% of all expenditures of Lithuanian households were attributed the maintenance of their own cars. This is the highest figure in the EU,” says Marius Hoppenas, the Chief Operating Officer of CityBee.

But there are several ways drivers can cut the costs, he adds.

According to the Organization for Economic Cooperation and Development, on average a personal car spends unused 90% of all time. Those looking to save money are advised to consider whether they can use the car more efficiently.

“Since the beginning of the pandemic, new cars have risen in price by around 20%, and used cars by even more. But at the same time, we gained more opportunities to work from home. So, it is worth considering whether the household needs more than one car, or whether it is really worth it for a family that goes on vacation once or twice a year to owe a large car all the time,” the expert comments.

The termination of supplies from Belarus and Russia have led to higher prices of raw materials and it is expected that the same would happen for the prices of tires, consumables and car parts. According to Hoppenas, some of these costs can be avoided or reduced by choosing to combine several different vehicles for travel from point A to point B.

“People living in the city have a lot of such opportunities. For example, you can cooperate with a colleague on travelling to work and choose a scooter, walking by foot or a car-sharing service for returning home or taking short trips,” says Hoppen.

According to him, car sharing accounts for 11 percent fewer kilometres travelled when compared to a personal car.

“After giving up the car, a person walks or uses public transport for a part of the distances he would have travelled by car in the past. In addition to that, the driver does not have to pay for parking. Furthermore, one shared car equals to as many as 12 personal cars, thus contributing to a more sustainable and cleaner environment,” says the expert.

If you still need your own car – for instance, when you live or work in the suburbs, further from public transport, etc. – then it is recommended to choose a fuel-efficient car.

“At the moment, one of the most expensive raw materials is oil. Its price is likely to rise even higher in the future due to the aim to move away from Russian oil. Electricity prices have also risen sharply recently. Thus, when choosing a car, it is more important than ever to evaluate its energy consumption,” says Hoppen.

According to him, this makes it worth it to choose new petrol cars that are more fuel efficient.

“For example, the average age of cars in our fleet is 13 months, and we see that the average real fuel consumption in the city is 7-8 l per 100 km. That’s around 30 percent less compared to 10 years-old cars,” says Hoppenas.

He adds that hybrid cars are also fuel efficient. It is also advisable to consider purchasing an electric car, if you have the option of installing a car charging station next to your home, and better yet, if it is powered by a solar power plant.

Regular maintenance of a car

Although many drivers only visit the car service in the event of a vehicle breakdown, regular maintenance and a technically tidy car help saving both fuel and money by preventing major and costly repairs in the future.

“Unchanged air filters or filter oils, unsuitable tires or a faulty brake system can affect a vehicle’s fuel consumption and, additionally, air pollution and road safety. Therefore, it is recommended to have them thoroughly inspected by a specialist at least once a year or more often,” advises Hoppen.

Economical driving can save a lot of money every year, increase road safety and slow down wear and tear of a car, and to reduce carbon dioxide (CO2) emissions by up to 25%, according to the Canadian government.

“The faster you move, the higher the fuel or energy consumption of the car. Therefore, allow at least 5 seconds when driving, especially in the city to accelerate the vehicle to 20 km / h. Also, maintain a

constant average speed: it has been proven that, for example, by changing the speed from 75 to 85 km / h every 18 seconds fuel consumption can increase by as much as 20%. Use an autopilot on highways when traffic conditions allow it,” says Hoppenas.

The expert also advises to closely monitor the traffic and maintain a safe distance to the vehicle in front. By predicting how other road users will behave, you will be able to maintain a more even speed and use less fuel, and this way of driving will be safer and more environmentally friendly.

“You will also drive economically when adhering to the speed limit. For example, when driving at 120 km / h speed, the vehicle consumes around 20 percent more fuel than when driving at 100 km / h. And on a 25 km journey, time reduced by higher speeds is just 2 minutes,” says the Chief Operating Officer of CityBee.

Additionally, use low rolling resistance tires, which can reduce energy consumption by around 5%. On top of all that, assess whether you need everything you have in the vehicle and on its roof (trunks, holders). Aerodynamic drag on the highway can increase fuel consumption by as much as 20 percent.